Sports Business Review: Athletes can use LinkedIn to build a powerful network 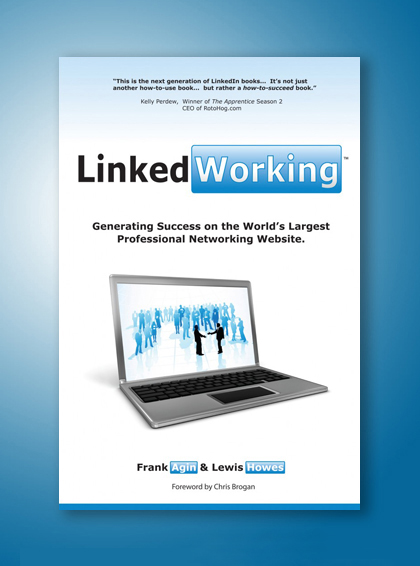 In the world of competitive sports, an athlete’s career path is not always determined by talent, skill, or athleticism.  Many times, it comes down to who you know.  An athlete’s network is just as vital to his career success as his jump shot, 40-time, or pitching velocity.  When push comes to shove, personal relationships can be the deciding factor between two similarly situated athletes of equal ability trying to make the same team.  Whether you are battling for playing time on your high school team, trying to land a D-I scholarship, or fighting to secure the last spot on a professional team, personal relationships matter, and can even be the difference maker.  With billions of dollars at stake, the sports industry presents a cutthroat and unforgiving landscape, where the competition is fierce and those who are more connected are better suited to succeed.

The Internet has opened up networking and made it much easier to connect with other people than ever before.  With the advent of social networking websites, networking opportunities are limitless and are readily available with a click of the mouse.

As athletes are flocking to Twitter to open accounts and tweet with their fans, there is only a small contingent of athletes who have joined the professional networking website LinkedIn [www.LinkedIn.com].  For those who are unfamiliar with LinkedIn, it is a business-oriented social networking site with more than 40 million registered users.  According to LinkedIn’s company page, the company was started to “help you make better use of your professional network and help the people you trust in return.”

As an athlete, you are probably sitting there wondering what purpose LinkedIn would serve for you.

If you want to know, you need to look no further than the story of Lewis Howes.  Lewis Howes is a former professional athlete who played Arena League football and has utilized LinkedIn to build a booming network and catapult himself into online stardom.  He is now widely considered an expert on the art of networking via LinkedIn and recently co-authored a book entitled LinkedWorking: Generating Success on the World’s Largest Professional Networking Website.

LinkedWorking is full of practical advice on how to build a powerful network and it's also a pretty quick read at about 100 pages.  The term LinkedWorking was coined by Howes (and co-author Frank Agin) and refers to the process of conducting professional networking on LinkedIn.  Each chapter of the book provides an explanation of a real world networking lesson, how to apply the lesson on LinkedIn, and ends with a personal account of a LinkedIn user who successfully applied the lesson.

For our purposes, I will only focus on the real world networking lessons that could benefit athletes by briefly outlining them below and providing my advice to athletes based on these principles.

To learn how to apply these lessons effectively on LinkedIn, you will have to pick up the book.

Let's dive into the specific networking principles in LinkedWorking that will assist you in generating opportunities, contacts, and success.

1.    See Opportunities In Everyone.  People tend to squander networking opportunities when they are right in front of them because they falsely assume that someone cannot do anything to help them and choose to disregard that person as a result.  LinkedWorking urges you to assume the attitude that you are not above interacting with anyone.  You need to treat everyone with the same attention and listen to what they have to say.  You never know when a small investment in someone, who may not be in a position to help you at that time, will end up paying dividends down the road.  Everyone is a networking opportunity.

2.    Identify Capstones and Weak Ties.  Every network contains strong or weak connections.  LinkedWorking recommends that you identify your capstones or strong connections, as well as your weak ties in order to network most efficiently.  To identify your capstones, make a list of 40 people you know and for each of these people, determine who introduced you to that person.  You will start to see a pattern and those individuals who you identify as the main connectors are the capstones of your network.  You want to invest your time in your capstones, so that they remain an instrumental part of your network and continue to assist in expanding it.  At the same time, your weak ties extend the reach of your network and often present opportunities that those who are close ties cannot provide.  Occasionally, you want to make sure you fortify your network by becoming better acquainted with your weak ties (e.g. take them out to lunch).

3.    Lead A Life Of Altruism.  This is known as the “boomerang effect.”  If you take the initiative to give, participate, and offer support to your network, eventually these gestures will come back to you.  The key is to make a habit out of giving and expect nothing in return.  Human nature causes people to give back or return the “boomerang” to the giver.  To start down this path, LinkedWorking tells you to simply ask yourself as you encounter each person in life, “How can I help them?”

4.    Become Actively Involved.  Opportunities accrue to those who are actively involved.  LinkedWorking points out that the key syllable in the word “network” is the second one—WORK.  Networking success requires you to invest your time and get involved with the world around you.  Ask yourself this simple question: “If I did not show up, would I be missed?”  If the answer is “no,” it’s time to step up your game and become actively involved.

5.    Play The Kevin Bacon Game.  The key to networking success is having a diverse set of contacts.  It’s better to know 100 people from different organizations than it is to know 1,000 people from the same organization.  To illustrate this point, LinkedWorking focuses on the Kevin Bacon Game—the object is to link any actor to the actor Kevin Bacon through the movies in which they have appeared.  The book focuses on a program developed by computer scientists, which applied the Kevin Bacon principle to compare the average number of steps any actor is from any other actor in the Internet Movie Database (“IMDB”), to support its premise that a key to networking success is having a diverse set of contacts.  Specifically, LinkedWorking compares the ranking of John Wayne to Burgess Meredith, ranked by the computer scientists 160th and top 20 respectively, even though Wayne appeared in nearly 70 more films than Meredith.  The answer lies not in the number of movies they each appeared in, but rather the diversity of films in which they appeared.  While John Wayne appeared in a cornucopia of films, they were mostly of the same genre—westerns and war movies.  In contrast, Burgess Meredith appeared in a wide variety of films: 42 dramas, 22 comedies, 8 adventures, 7 action, 5 documentaries… I think you get the point.  Diversity wins out.  Is your network more like John Wayne or Burgess Meredith?

6.    Harness The Power of Reconnection.  The word networking implies meeting new people.  Focusing exclusively on making new contacts, however, ignores the individuals that you already know.  As you grow your network, you want to maintain and further develop the relationships you have already established.  Reach out to your existing network and reconnect.  A balanced network not only continues to grow, but also harnesses the power of those it already contains.

7.    Take Consistent Action.  Having a healthy network requires you to take action consistently.  Moderate consistent action over an extended period produces a much greater return than a massive effort over a short duration.  To embark on the path of consistent action, LinkedWorking recommends establishing certain goals you want to achieve through your networking efforts.  Once you have established your goals, make a strategic plan to achieve them.  Finally, you will need to follow through and take action.

8.    Be Concise, Compelling And Value Driven.  Now that you have a solid understanding of networking, you must learn how to become an effective networker.  Whether you are connecting with someone for the first time, the 10th time, or somewhere in between, you will have limited time to make an impression.  People want to know right away what you are about—you have about 30 seconds to a minute.  LinkedWorking states, “The goal of any networking encounter is to convey a short message that says enough to get them wanting more.”  One way to be concise, compelling, and value-driven is to create an “elevator speech/pitch.”  The elevator speech should contain a minimum of three important elements: Who you are, what you do, and establish credibility.  It is wise to have multiple elevator speeches tailored to fit your audience.

9.    Dare To Ask: We do not achieve alone.  Every step of the way, someone has provided assistance, whether you want to admit it or not.  LinkedWorking further states:

Our networks are the source of all of our accomplishments, achievements, and milestones.  Knowing this, how can we tap into our networks to obtain more or accelerate these successes?  Simple: Just ask.

If you do not ask, chances are nothing will happen.  If, however, you ask for assistance, life guarantees you a chance.

LinkedWorking also stresses that you should not feel hesitant asking your network because asking is a “declaration of your desire to succeed.”  The truth is your network is interested in helping you.

10.    Persist Patiently.  Nothing happens overnight. It takes time to find the right people, develop trust, and understand the value you have for others (and vice versa).  LinkedWorking proclaims that networking is about building life-long contacts that you can draw upon and contribute to for assistance.  It is a timely process to create solid relationships of this type.  While there is no time requirement attached with building a network, you want to be patient and persistent.

Now that I have recapped the specific principles of LinkedWorking, I would be remiss if I didn’t mention a bedrock principle that LinkedWorking harps on throughout the book: “It is this know, like, and trust notion that is the very foundation upon which a productive networking relationship is built.”  Keep this general principle in the back of your mind as you network.

Many of the networking principles contained in LinkedWorking may not seem earth shattering, but when applied properly on LinkedIn, they will produce results.  If you want to realize the full benefit of these principles, I suggest you make a profile on LinkedIn, pick up a copy of LinkedWorking, and get to work on building a powerful network.

Lewis has been a strong supporter of Access Athletes/The Real Athlete Blog for a while now and his support is much appreciated.

If you join LinkedIn, make sure you add both Lewis and me (Matthew Allinson) to your professional network.  Also, be sure to become a member of the Access Athletes LinkedIn group.

If you are interested in having your service or product featured in the Sports Business Review column, please contact matt@accessathletes.com for more information.