Social Media Education: Important at All Levels of Athletics 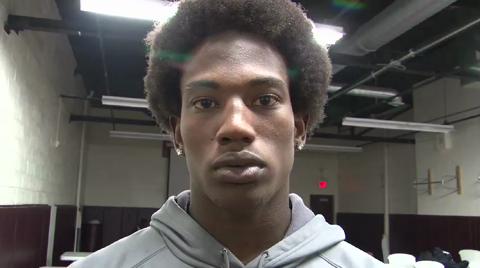 Michigan. Notre Dame. Rutgers. Auburn. Virginia Tech. At one time, these highly regarded collegiate institutions were all offering a football scholarship to New Jersey high school All-American cornerback Yuri Wright. However, Wright's collegiate options virtually evaporated after he was expelled from his high school, Don Bosco Prep, on Jan. 19. The reason for Wright's expulsion—comments made on his Twitter account.
Social media has become such an institution in American culture that high-profile athletes, even at the high school level, are "followed," "friended," or "added" by sports fans from all over the world. As a result, athletes, at an increasingly young age, need to be counseled and educated on what is appropriate and inappropriate for sites such as Facebook, Twitter, and YouTube.
Ultimately, Wright was extremely lucky that Colorado coach Jon Embree decided to include him in his recruiting class, saying that Wright is remorseful over the racially charged and sexually graphic postings. Wright may have learned his lesson and promises his days with social media are over.
To avoid finding yourself in a predicament like Wright, here are five best practices high-profile athletes at all levels should consider when using social media:
1.     Acceptable Content: If the content of your message would not be acceptable in a personal conversation, in a telephone call, in a text message or through another social medium, it is also not acceptable for a social media website. Consider asking yourself, would I want this message seen by my parents or in a newspaper? Would I want this message attached to me five years from now?
2.     Comments: Most social media websites allow for comments on whatever content you display. Most social media websites also offer a user setting which allows the user to review and approve comments before they appear. This feature should always be "on" in order to prevent any offensive or inappropriate comments.
3.     Discussion: Social media websites allow users a platform to discuss ideas and viewpoints in a civilized and appropriate manner. It is imperative that athletes adhere to this type of discussion and do not pick fights or respond to someone who is attempting to pick a fight.
4.     Respect: It is important high-profile that athletes not use ethnic slurs, personal insults, obscenities or engage in any other inappropriate conduct when using social media websites. It is also important to maintain privacy for issues that may be sensitve to others or the team on which the athlete participates.
5.     Privacy: Personal information such as telephone numbers, email addresses, mailing addresses and residential locations should never be identified or discussed on social media websites. One never knows who may be viewing his or her account or for what purpose they may use this information.