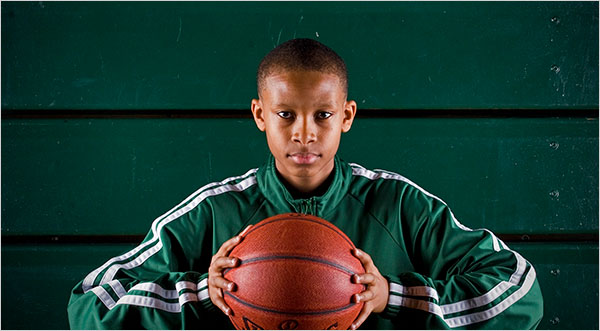 I know exactly how we got ourselves into this mess. What mess, you ask? I'm referring to the spreading quagmire of trying to identify the next great athlete before the kid reaches puberty! In an article headlined First Impressions Can Create Unrealistic Expectations for Recruits, The New York Times (Weekender section) presented a sobering view of the many, many things that can go wrong when we obsess over the athletic abilities shown by 9-14-year-olds.

Apparently, dollar signs have clouded the vision of many people who make their livings in the sports world. As a social order in general, the United States is just now beginning to undergo what promises to be a challenging and gradual healing process as we release at least a degree of our obsessiveness about competition and winning. The most striking evidence of the growing shift in our national consciousness is the election of Barack Obama as our new President. When President Obama talks about change, however, his main focus isn't on specific policies. He's really taking aim at guiding us all into a more balanced relationship between competition and cooperation.

Yes, as a society, we've gotten carried away with competing to such an extent that we now try to settle the outcome of future competitions by creating organic versions of bionic competitors. By trying to control future outcomes, we're acting like an inexperienced would-be bodybuilder who sculpts a massive chiseled upper body while leaving his legs scrawny like a chicken's. Just like what that bodybuilding want-to-be is doing to himself, by "front-loading" our recruits for any sport, we in the sports world are setting ourselves up with unstable roots and no real balance. In that state, even a mild wind of adversity can blow us to the ground.

Much like American politics, the American sports environment is currently dominated by an overemphasis on winning. Now I'm not saying for one second that competitors shouldn't give their all to win each game they play. Instead, what I'm really saying is that we're missing the true spirit of athletic competition by failing to balance the competitive aspects of games with the spirit of cooperation that makes a well-played game possible. If you really think about it, the best teams work together like a well-maintained machine, with each player executing his or her role with the utmost commitment and discipline. In any sport, the truly great players understand the importance of the psychology of competing, and, with the grace of a dancer, they intuitively merge their actions with the larger flow of the situation.

Great players don't develop their mastery of their craft by being pushed too far too fast into someone else's vision of getting a finder's fee or commission. Great players instead conceive their own vision of immersing themselves in the rhythm of their beloved sport(s).

So this is where our collective disconnect occurs. Unfortunately, not enough of our sporting professionals understand the human psyche well enough to figure out how to foster among young people a love for mastering a sport. So in the absence of any real knowledge of how to tap into that creative energy that really needs to rise up within the individual athlete, too many of us simply shrug our shoulders in befuddlement and insecurity, and then resort to trying to control the entire situation by bombarding kids with an overwhelming deluge of playing experiences and premature praise.

I feel perfectly safe saying that we'll never do better than creating a hit-or-miss percentage of athlete success stories by pushing kids too hard too early. People develop differently, and just because a person has talent for a certain thing, that doesn't mean he or she should do that thing for a living. In fact, most people have talent in multiple areas, and by experiencing a variety of things in our lives, those of us who are properly trained to enjoy this journey called life end up constructing satisfying career paths for ourselves. Of course we need guides and mentors along the way, but we don't need someone trying to push us where they want us to go because of those dollar signs in their eyes!

Peace and Blessings to you all.