Written by Darren Heitner of the SportsAgentBlog.com.

Even though Nick Brockmeyer and I have never met each other in person, he is definitely a person in my industry that I consider to be a friend.  The President of Platinum Sports & Entertainment Management, LLC originally reached out to me in January 2008, to tell me that he enjoys the SportsAgentBlog and asking for a link back to his agency.  I happily obliged.  Nick caught my attention, because not only is he an agent, but he is also an attorney and a professor.  Nick seemed to already be doing everything that I hoped to eventually be involved with in the future. 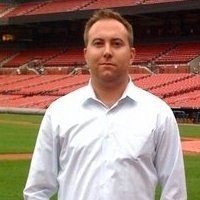 Nick Brockmeyer also started his agency when he was a student.  In his case, he started Platinum Sports & Entertainment Management as a 3L (final year of law school) at St. Louis University School of Law.  In October 2008, Brockmeyer joined forces with Scott Casanover of MAC Sports & Entertainment.  We interviewed Mr. Casanover as a part of our Interview with the Agent feature.  We also covered the merger on SportsAgentBlog.com.

In this edition of Ask The Expert, which we host in conjunction with Access Athletes, Nick was very gracious to answer our ten questions, as he just got back from working the busy MLB Winter Meetings.

(1) What is the process like when one of your clients gets added to a 40-man roster? Run us through what calls and arrangements you had to make on behalf of Estarlin de los Santos when he was recently added to the 40-man roster by the Minnesota Twins.

This can happen in different ways. I have had it happen where a guy that is not on the 40 gets called up to MLB during the middle of a season and makes the 25 man and 40 man on the same day. I would say this requires a little more work than a guy simply being added to a 40 man during the off-season. Kenneth Powell (an owner and agent at Platinum Sports) handles all of our Latin American clients, so he was the main guy dealing with the Estarlin de los Santos situation. Estarlin’s addition to the 40 was kind of a surprise to us to be honest (a pleasant surprise). We also signed Juan Abreu (minor league free agent with KC Royals) to an MLB contract with the Atlanta Braves that same day. The main things you have to worry about are making sure they fill out their paperwork for pension plan, insurance, 401K, etc. If they get called up in the middle of the season, then you have to help them with transitioning into the life of a MLB player in a very short time period (less than 24 hours). This may include travel, lodging, car movers, apartment rentals (on both ends), and of course the agent trying to make it to the player’s MLB debut if possible.

(2) When your minor league clients get discouraged, what sort of things do you tell them to reassure them that they have a chance of making a 40-man roster?

This is a tough one. I am not a coach, counselor, or psychiatrist. However, sometimes being an agent requires you to kind of play that role. You just have to instill positive ideas and thoughts in the player and explain to him that minor league baseball is a long process. I had that situation last month with a couple of guys that we really thought had a good shot at making a 40, but did not get that call they were looking for. At that point, you just reassure them that maybe they will get picked up in the Rule 5 draft in December. The bad part is that the Rule 5 draft is talked about by all minor league players hoping to someday make it to a MLB roster, but in reality I bet less than 1% of all professional baseball players are ever affected by it. I mainly try to demonstrate to them through examples I have encountered with past players that they can still make it to a 40 and the 25 the following season and tell them stories about clients I represent who went through this before them and eventually made it.

(3) How many minor league players did you have to represent before you had one make a 40-man roster?

When you are starting an agency from scratch like I did you can’t be too picky at first. You realize that many of your first clients will probably never make it to MLB. However, you need some clients in order to sell yourself and your agency to future clients. Trying to get a client and explaining to them that you represent “zero” or “one” client makes for a hard sell. So, I understood that many, if not all, of my initial clients may not ever make it to MLB. I ended up getting kind of lucky though. Of my first five clients I signed back in 2004, 2 have made it to MLB (one of them is going to be starting his 4th year in MLB in 2010). I think I kind of beat the odds on this topic.

(4) Is it possible to make a profit representing minor league players?

I would say no and yes… It depends on if you represented them through the draft and how high they were selected. If you pick up a guy who is just in the minors, then the answer would be no. You may make a few dollars off endorsement deals (baseball cards, equipment, etc.) for you and your client, but you can’t take any of his salary (not that there is much to take anyway). If you advise a guy through the draft and then represent him through the minors, then you could count that draft money. Kind of a tricky question because I don’t know if you can count the draft money you make as making money on a minor league player for the sake of answering this question.

(5) How do you go about recruiting players to advise for the draft?

We represent players from all over the US, Latin America, Australia, and the Netherlands. When it comes to the draft, we have represented guys from coast to coast. Our main strategy is geographically-based recruiting. With us being the largest baseball agency in the state of Missouri and very few competitors in bordering states, we really focus on the Midwest. There is a lot of baseball talent in the Midwest. We figure if we can beat the other agencies on the Midwest players that they can have their east and west coast players and we will do just fine. We also find that we can relate to the players and their families more in the Midwest. It is easier to go see them more often from a traveling standpoint. Finally, when we get in with many of the Midwest schools, it kind of creates a pipeline effect. If we have advised the past five players that came out of College “X”, it is very likely we will get the next five players as well out of that same school.

(6) What services do you offer potential advising clients?  What do you offer that other agencies do not provide?

I believe that most agencies are offering the same services for the most part. Having said that, a client should pick an agent/advisor based on who they think they could get along with best and do business with. Agencies will phrase their “services” in different ways, but at the end of the day you are usually getting the same services. We offer the following services:

(7) How often do you travel during the season to watch your players perform?  Do you go to Florida and Arizona to check on your players during Spring Training?

The entire company travels to Florida and Arizona for most of the month of March. I always tell people that during the off-season our players are living throughout the world. During the season, they could be in any of the fifty states. During March, they are all corralled in two states (FL and AZ). During March, we get to see every single player in our company. In Arizona, we operate out of a centrally located hotel. In Florida, we spend 2-3 days in each town and then move to the next town. March involves a great amount of planning for our company. We are orchestrating fifty player meetings in two states with eight agents over a one-month period.

During the season, we try to see the players as much as we can. We try to make all the all star games we have players in, as well as MLB debuts. We see all of our MLB players that come through St. Louis to play the Cardinals. We also go see players if the trip makes sense logistically (example would be two players playing against each other within five-hour drive).

(8) Do you have any players playing in the Caribbean Winter Leagues?  How would you rank the leagues and how much involvement do you have in getting your players signed with those clubs?

We do not have any American players playing in Winter Leagues this year. We may be sending a guy down on a short contract next week, but that has not been finalized yet. This is probably the first year we don’t have an American player playing winter ball. We have placed players in the past in Dominican Republic, Venezuela, and Mexico. We are usually very involved with that process for our American players.

On the flip side, we have probably ten of our Latin players playing winter ball in their respective countries this year (and every year).

(9) Are you exclusive with a particular off-season trainer?  Do you pay for the cost of sending your players to a trainer?  Explain the process.

We are not exclusive with a particular off-season trainer. We do use Jason Rulo at Pinnacle Personal Performance Training a lot though. Jason is an old college friend of mine that has worked with the Yankees and several MLB players. Some of our players use him if they are based in St. Louis. For our non-St. Louis players, Jason still generates workout plans for them if they desire. We have also worked with numerous other trainers throughout the country depending on the player’s needs and location. A big issue is the teams will often send the players home for the off-season with a generic workout for “pitchers”. The problem with this is that not all pitchers should be doing the same workout. Some need to gain weight, some need to lose weight, etc. That is where Jason comes into play. He finds out what the goals of the player are and generates a workout plan specifically for the player and his needs.

(10) Since agents are not able to charge their clients any fee on a minimum salary contract, how do you make money once your clients first make the big leagues?

Simple answer, you don’t! I remember when one of my players reached MLB. I went out to San Diego during his first week in “the bigs.” We were at dinner and he said “I’m glad I can finally start paying you for your work now”. That was in 2007 and I still cannot legally accept payment from him and he has been in MLB 2007, 2008, 2009, and will be again in 2010. You can make money off of them through endorsement contracts you negotiate for them and things along those lines, but the answer to your question is “you don’t!”

We would like to thank Nick Brockmeyer for participating in this edition of the Ask The Expert Series. If you have any questions for Nick, you can email him at nbrockmeyer@psemagents.com. If you are a sports professional or professional athlete and would like to participate in the Ask The Expert Series, please contact Matthew Allinson or Darren Heitner for more information.