Poetry in Motion: A Story of Hardship and Hope in Crow Country, Montana 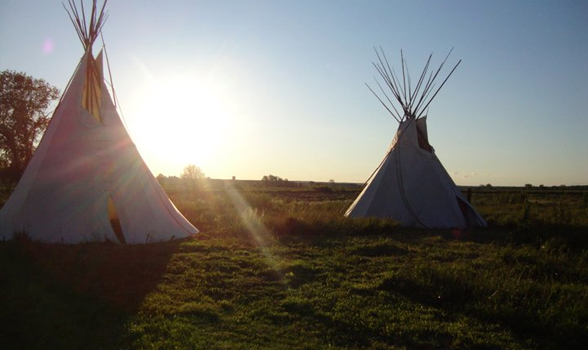 "Even when you’re down—you were born runners. So you need to keep on hustling. Every shot you get… take it no matter what. And always believe in yourselves no matter what… I hope all of you will be good high school ball players, go on to college, and do great things in the world. Just believe in yourselves and always stay together when times get tough. Thank you everybody."

Our goal is to use basketball as a metaphor for life. Unity Hoops Basketball was created for the children who play pickup games until the wee hours of the morning, their uneven courts and crooked rims lit only by the amazing stars of Montana’s night sky—the same stars that most kids there are too afraid to wish on. Hopefully, for the 120 children of the Crow Nation that we worked with this summer, we were able to change that.
Photos: Courtesy of Christina Mullen
David Dean is the founder and director of Unity Hoops Basketball, an organization that uses basketball as a common language to empower, unite and teach valuable life lessons to disenfranchised youth on the Crow Indian Reservation in Montana. He is a former college basketball player and a current junior at Dickinson College in Pennsylvania where he is studying Political Science and Sociology.