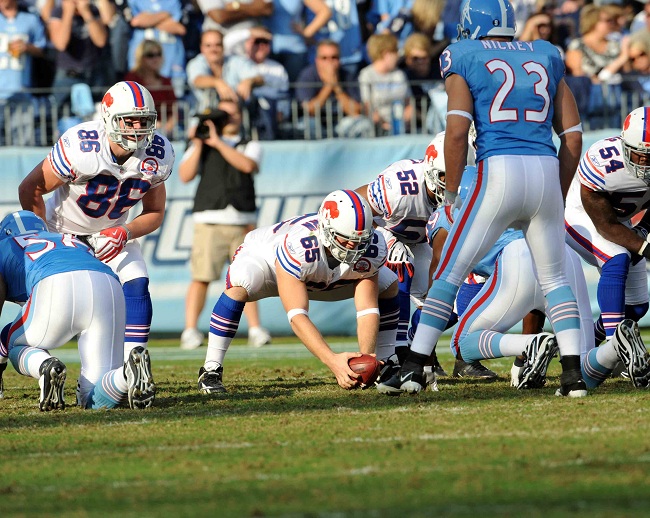 Garrison Sanborn is entering his third season as the long snapper for the Buffalo Bills.  He was signed by the Bills as a free agent in May of 2009.

Long snapper is perhaps the most specialized position in football.  It is a tedious and often thankless job that can make or break field position, and a team’s chance of winning the game.  When I got the opportunity to chat with Buffalo Bills long snapper Garrison Sanborn, I was eager to learn about how he became a long snapper, his transition into the NFL, and his relationship with his Bills teammates—but what I got was much more.

Talking to Garrison Sanborn is like chatting with an old friend.  He slips into a smooth vernacular reminiscent of his friendly attitude, and tells stories with the ease of a man who is truly content with his life.  Sanborn is an old soul: grateful, humble, and charitable.  He loves football, and from an early age, it seemed he was destined to become a professional long snapper.  It has not been easy, but Sanborn has managed to do it with hard-work, perseverance, and a good support system.
“As a kid, I just liked to be on the field.  In pee wee . . . I played everything—special teams, offense, defense,” Sanborn said.  He was a true lover of the football, and did anything to keep himself in the action.  “I started snapping in 7th grade,” Sanborn explained.  He played center at the time, and when his coach asked if he could snap, he was happy to oblige.
He first learned the one-handed approach, but by his freshman year at Jesuit High School, he became skillful at the two-handed snap.  Although Sanborn was a center and linebacker in addition to being a long snapper in high school, his coach saw a lot of potential in his snapping.  He told Sanborn about a few notable alumni who had found success as long snappers in college, including Gary Godsey (Notre Dame), and said, 'At your age, you’re better than both of those guys, so if you really work at it, you can go far with it.'
Sanborn did work hard at it, and during his career as a long snapper for the Florida State Seminoles, he became one of the top long snappers in the country.  “I was invited to three out of four College All-Star games, and was ranked number one or number two in all of the different rankings.”  Sanborn hoped that his excellent collegiate years would lead to a spot on an NFL roster, but “the draft came and went, and I never really got a call.”
Fortunately, his high school coach was able to lend a helping hand.  He was friends with the Special Teams Coordinator of the Tampa Bay Buccaneers, and got Sanborn into the rookie minicamp.  But the team had just signed Andrew Economos to a multi-year deal, and was not interested in making a transition at the time.  “They said, ‘you’re definitely good enough to play, you just gotta find the right situation and opportunity,’” Sanborn told Access Athletes.
Sanborn hoped that he was nearing the “right opportunity” later that year when he visited Buffalo.  “I came up here and had a strange feeling like everything felt right up here.”
Again, Sanborn had a good tryout, but was let down.  “So I went back home and got a desk job in Tampa because I didn’t have any more opportunities that year.”
But Sanborn did not give up on his dream.  “The whole time, I kept it in the back of my mind.”  He worked every day from seven o’clock to four o’clock, and would then train for three hours “trying to stay in shape and stay ready if the opportunity came.”  Sanborn admits that it was tough for a few months, and that during the season he sometimes felt like nothing was happening, and he didn’t have a chance.
However, Sanborn thinks that anyone can relate to this experience, not just football players.  “You have several stages in your life [when] you’re trying to go make a name for yourself, whether it be football, or [in the] finance department, or whatever it is . . . but you have your goals, and you want to make a name for yourself in your career.” Sanborn admits that it was tough to play the waiting game, especially at that age.  But he always tried to stay positive, and focused on the encouraging feedback that teams had given him—remembering that he was good enough to play in the NFL, and just needed the opportunity.
“That’s really what kept me focused [while] training for that year and a half before I got that call-back from Buffalo that they wanted me to come tryout again,” said Sanborn, who is represented by Craig Schaeffer of Elite Sports Agency.  His tryout resulted in finally becoming an NFL player.
But even though the long snapper position has a lot less turnover than other positions, Sanborn does not take it for granted.  “If you’re not one-hundred percent on top of your game at any time, they’re still gonna find somebody new.”  He explained to me that the “statistics are in the upper '80s that if you snap one over the head on a punt, then you’re going to lose the game, because [the opponent] will get the ball in great field position and score,” which is why you can’t let even one snap go wrong. 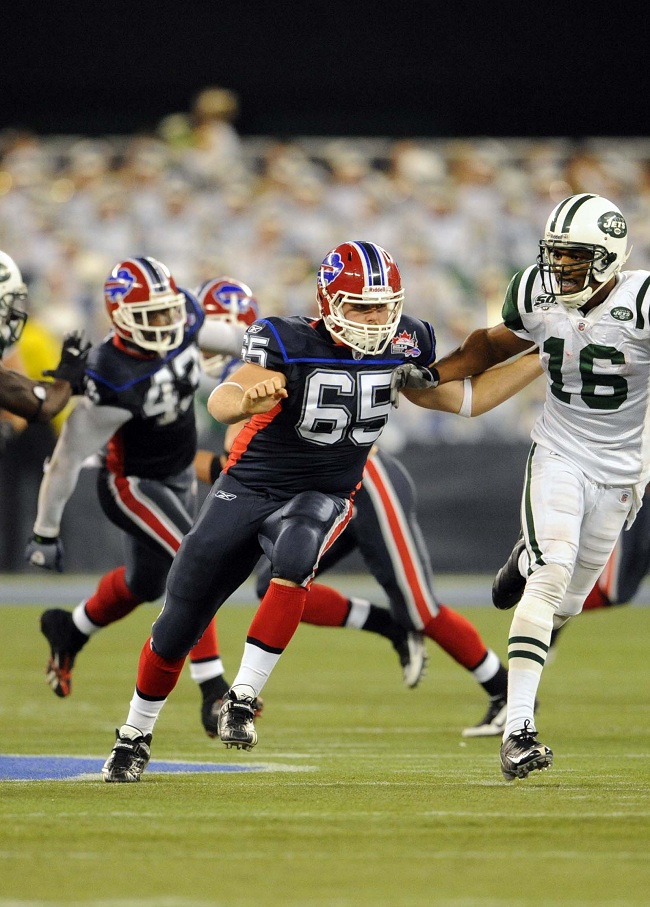