Beth Alford-Sullivan is one of the most respected coaches in all of collegiate track and field. This is the fifth year Sullivan has served as Director and Head Coach of the Penn State University’s Track and Field/Cross Country program. She has been at the helm of the women’s program since 1999, and in 2006, she also took the reigns of the men’s program. During her tenure in Happy Valley, Sullivan has coached 109 NCAA All-Americans (95 on the women’s side), 62 Big Ten Individual Champions, 4 NCAA Champions, and 2 Olympians.  In the 2009-10 season, the women's team finished fourth at the NCAA Outdoor Championships—the squad's second "Trophy Team" finish in the last three years. In Big Ten competition, they captured team titles in cross country, and indoor and outdoor track and field to earn the coveted conference "Triple Crown."  In her decorated coaching career, which has also included head coaching stints at Stanford University (1995-99) and Mankato State University (1993-95), Sullivan has amassed 24 Coach of the Year Awards, the most prestigious being the 1996 NCAA Coach of the Year. Most impressively, Sullivan’s teams have received numerous academic awards while dominating on the track. 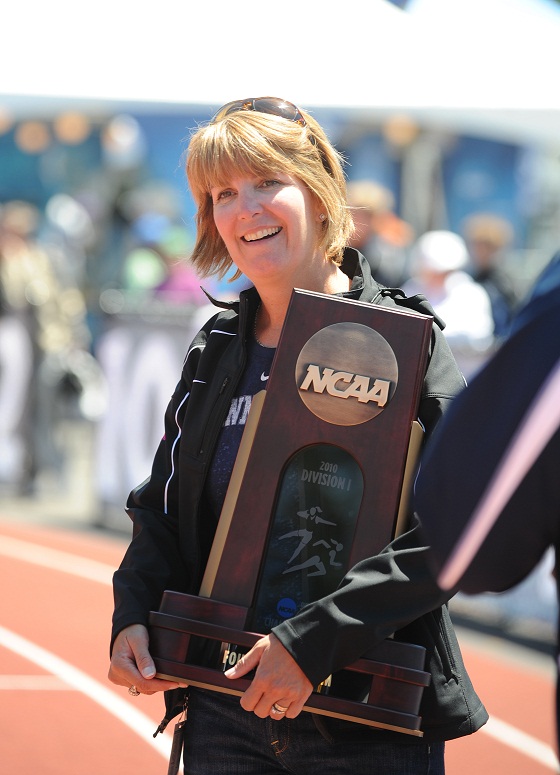 As a testament to her exceptional coaching ability and record of success, Sullivan has represented the United States on the international stage as an Olympic Coach at the 2004 Athens Games and a member of the U.S. coaching staff at the IAFF Continental Cup in Croatia. Sullivan is also in her second year as the Division I President of the United States Track and Field/Cross Country Coaches Association (USTFCCCA).
Sullivan, who grew up in Minnesota, was a star distance runner in both high school and college. As a result, she credits her high school and college coaches as being instrumental figures in her life and career. While attending the University of Minnesota, Sullivan further honed her leadership skills and proved to be a great source of motivation as a three-year captain of her cross country team. Sullivan began the transition from athlete to coach at Southern Illinois University at Carbondale, where she served as assistant coach from 1989-91 while earning a Master of Science degree in Sports Administration.
Recently, Sullivan spoke to Access Athletes about a variety of topics, including her success in building a powerhouse program at Penn State, Olympic coaching experiences, coaching and training philosophies, advice for athletes, and her leadership activities on the track and field/cross country circuit. Her insight is an invaluable resource for any athlete or coach aspiring to compete at the highest level of their sport.
Penn State’s Success
AA: During the 2009-2010 season, the Lady Lions went on to win the Big 10 “Triple Crown” in track and field and cross country. What was this experience like as a coach and for the team?
Beth Alford-Sullivan: We’ve been building for a long time. On the women’s side of the program, in track and field, we haven’t finished outside the top three in the conference meet in the last nine years or so. So, we’ve had our share of being right in the hunt and getting the job done and vying for titles and giving our all, but coming up short a point or two here or there over a bunch of years. Last year during the cross country season, the team was performing very well and we had a great leader in Bridgett Franek. She was an athlete that throughout her career in the Big Ten cross country season, was poised and ready to challenge for the win. With that kind of energy coming from her and a talented group of underclassmen to support her, we really just went out and pieced it together. The core piece of it was that we won two of those championships here at home. We won our third outdoor title on the road, but we had a phenomenal setup for it. For a coach, you really have to take one season at a time. The minute they announced that we won at the cross country championships, everyone was jumping around, high-fiving and giving hugs. One of our top sprinters came up to me and said, “Coach, now we can win the Triple Crown.” I looked at her and said, “Hey, it’s still November 1st and for that to happen, it’s going to be the end of May. Let’s pace ourselves.” The team was able to say, “Hey, cross country just did their part and when we turn it over to indoor and outdoor track and field, we have to really lay it down because it’s a really rare moment in time that you’re in a position like this.” For me, as a coach, I can take each win and enjoy each one. And at the end of it, when we were in Indiana, and we pulled off the Triple Crown, it was a great feeling. This past fall and summer, [I was] really able to reflect back on it and say, “Wow, this is quite the accomplishment,” and look at the pieces of the puzzle that had to play out for us to get it done.
AA: What were the main contributing factors that led the track and field team to reach such an immense level of success throughout last season? 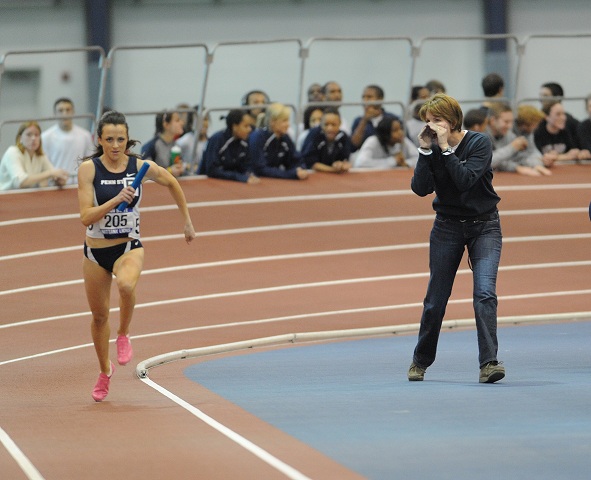