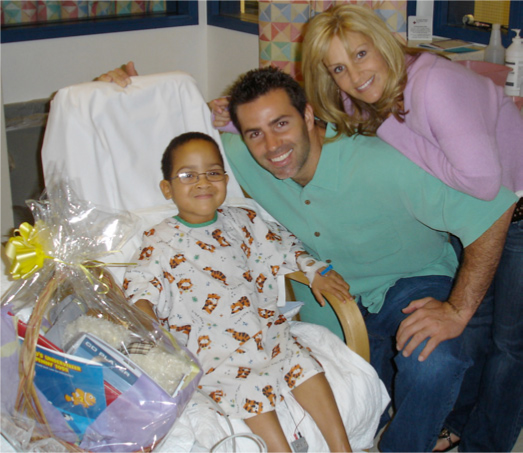 As Arizona heads to New Orleans this week for the next round of NFL playoffs, I caught up with Marci Pritts, long-time Executive Director of Kurt Warner’s Foundation, First Things First (http://www.kurtwarner.org), to get her perspective on athlete philanthropy. Pritts, formerly head of the St. Louis Rams community relations department, was tapped by the Warners in 2001 to help facilitate their charitable efforts. Her efforts have helped to translate the vision the Warners have into reality, making a substantial impact on many lives.

Last year, USA Weekend named Kurt Warner USA Weekend’s 2009 Most Caring Athlete. There is no doubt that Warner and his wife, Brenda, have made substantial contributions in the communities where they have a connection. Indeed, Warner’s story helps to frame his philanthropic efforts.

Many have heard the story of Warner’s rise to greatness with the St. Louis Rams and a victory in Super Bowl XXXIV, but USA Weekend included the following that sets the stage for Warner’s philanthropic efforts: "Brenda's parents were killed, and I was struggling in football," Warner says of a dark time in 1996 that led to a spiritual renewal. "It seemed like everything was falling apart. So we simply put our lives in God's hands. That's when we felt comforted, not scared. Since then, we have sought to share ourselves and our faith and to touch other people's lives."

The Warners have stayed that course during their 12-year marriage. Through their First Things First Foundation, they oversee a staggering range of outreach efforts. They've raised more than $675,000 for victims of the 2008 Midwest floods. Their most recent annual winter coat drive in St. Louis, where Warner won a Super Bowl for the Rams in 2000, brought in 18,000 donated coats. They've shipped hundreds of care packages to troops overseas, a project close to Brenda's heart (she's a former Marine).

Pritts has helped to guide their efforts every step of the way and shares these points for athletes who are looking to start their own philanthropic efforts. She says these are the top points she would ask an athlete to consider:

Pritts speaks from experience with the Warners, but these tips ring true for other athletes who are looking to involve themselves in charitable efforts. It’s a big commitment of time and resources, but has a big payoff in the lives you change and the brand you build for yourself and your family.