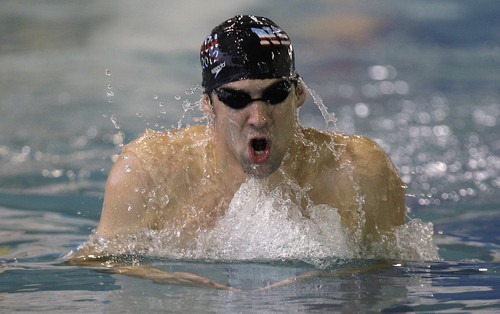 The two biggest disappointments surrounding the whole Phelps situation is first, he views this more as a nuisance, not seeing the seriousness in what he did and what it could do to him. He just wants it to pass. He, like other athletes, is not realizing that this act (which again is not his first...folks seem to forget that) can instantly erase all the hard work and years of practice and preparation he has endured. And, that alone is sad.

But, the other disappointment is the fact that folks are not REALLY concerned about him as a person, but rather concerned about the money attached to him, and how much they tend to lose from endorsement deals, advertising dollars, ratings, etc. if this story doesn't hurry up and die a quick death. Both sides lack sincerity or transparency.

Now, the biggest lesson in all of this is...well, not really, because there was someone before him that he could have learned from. Never mind...for some reason athletes continue to believe they are the exception...that they will not get in trouble for negative behavior. And, if they do there will be no REAL consequence because of who they are. It's ironic, that they only finally realize they are their brand and that it has power...a day late.