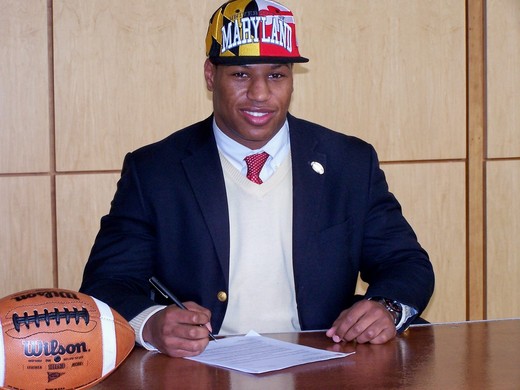 Yesterday college football fans were treated to what has become a national holiday, Signing Day. February 1st marked the first day that a high school senior football student-athlete could sign a National Letter of Intent (NLI) to play collegiate football at an NCAA member institution. The NLI program, which is managed by the NCAA Eligibility Center and governed by the Collegiate Commissioners Association, does not just include football but includes all NCAA sponsored scholarship sports. NLI membership includes 620 NCAA Division I and II member institutions. Ivy League, service academies, NCAA Division III, NAIA, prepatory and junior colleges are not part of the NLI program. The impact of signing an NLI is the prospective student-athlete agrees to attend the designated college or university for one academic year and the selected institution agrees to provide athletics financial aid to the student-athlete, provided he/she is admitted to the institution and is eligible for financial aid under NCAA rules.