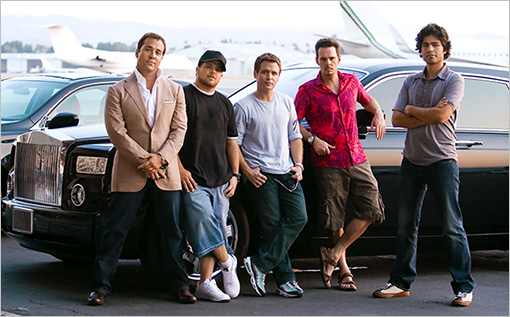 On draft day, athletes often surround themselves with their family and friends who have supported their professional aspirations. These people are likely celebrating the day their athlete signs a lucrative contract, some of them believing it is their pay day, too.
Many young athletes tend to hire their friends and family members to help them create and manage their brands. While seemingly innocent, placing this level of trust in those without the proper experience to help manage affairs off the field or court may not be in the young athletes’ best interests. Overlooking liability, athletes who hire acquaintances without first considering legal ramifications may face future lawsuits that can cost them a lot of their earnings.
Contracts Are An Essential Tool
Many people who have an immediate rise to fame forget about the importance of contracts. While looking to family and friends for support and advice on what deals to sign, the athlete typically fails to anticipate the need to ensure those people are either beholden to the athlete to keep quiet about the athlete’s personal life, or even duly advised that their “services” do not entitle them to a stipend, salary, percentage on the athlete’s endorsements or even a shout-out at the ESPYS.
It is prudent for all athletes to think long-term and protect their interests by having anybody, especially friends, sign a contract that specifies the terms and conditions of any services provided.  Although fictionalized, everyone in Vince’s Entourage (which is loosely based on Mark Whalberg’s life) was under contract…even Turtle!
In the sports and entertainment realm, an ongoing example of problems arising from a lack of a written contract comes from an alleged oral agreement in 1991 between Lisa Kudrow and her first manager, Scott Howard. Kudrow orally agreed to have Howard earn a 10% commission of her earnings while playing Phoebe on the hit television show Friends. After firing Howard in 2007, he sued her, alleging that he was still owed commissions from the income Kudrow earned from Friends, after his termination. Howard argued that industry standard allows him to continue to receive such commissions. Although this case is still being litigated, Kudrow may have to pay Howard millions of dollars simply because she did not memorialize any intention to not have Howard make any commission from income earned from Friends. Don’t let this happen to you!
To Be Enforceable, Contracts Can Be Written Or Verbal
It is important to note that oral contracts can be enforceable. An athlete can unknowingly enter into a contract, too, merely by handing money to someone – perhaps as a tip, loan or gift – who not only believes the money was earned, but that they are entitled to it again and again. This can be a dangerous situation which is easily avoided by writing out the terms of your relationship with those in your inner circle who routinely do things for you. After all, if you get sued, a court may determine that a contract existed and that you not only owe that person money, but now you owe him/her interest for the time payment was withheld. Lisa Kudrow’s case is a clear example of this.
Don’t Get Played By Those Holding A Family/Friend Card
Thinking long term, it is important to protect financial assets by thinking about any potential liability. While some athletes believe they must support their family and friends that have helped them succeed, it is important to ensure the family and friends do not take advantage of the athlete. This can be done by way of a simply written contract that covers the essentials, which include, but are not limited to:
As shown above, it is also important to know industry standards for the work being performed. Courts typically determine any unclear parts of a contract by analyzing the typical standards for work in that industry. If managerial services are provided, a claimant may be entitled to 20% of the athletes’ gross earnings. Where services are provided that result in procuring an endorsement deal, for example, a claimant may be entitled to a 10% agent fee.
Written contracts help parties know what they are and are not agreeing to rather than having each party assume the other is on the same page. Having a friend work for you is not a proper justification to be relaxed about having important agreements memorialized in a written contract. Accordingly, we implore you to take the extra step now of setting up contracts that will help you avoid potentially disastrous financial problems in your future.
Co-Authored by Ryan Chapoteau and Kanika D. Corley