Its been a rough start to this road trip. We haven’t been playing well. We are 1-5 and have three games left against the Windy City Thunderbolts, which is located right outside of Chicago. The air conditioner on the bus broke again and everyone has there shirts off, sweating on our day off. I sit in the back of the bus where my good friends on the bus sit- Montana Dye, Andy Polk, Travis Storre, and Taylor Camon. We play cards most of the time. We play a game called Pluck. It's just like Spades. We try to play that as much as we can to pass the time. Sometimes we put in a movie, but the screens are to small and blurry. Instead of enjoying a movie, it just gets you car sick.

We just got done playing 3 games against Windy City and after the first game got postponed due to rain we had a double header. We finished the first game with a loss and then lost the second game. Things are starting to fall apart, but we are a good team and we can overcome this losing streak. Every team is going to have rough times, but we just need to win a couple here and there. We will be ok. 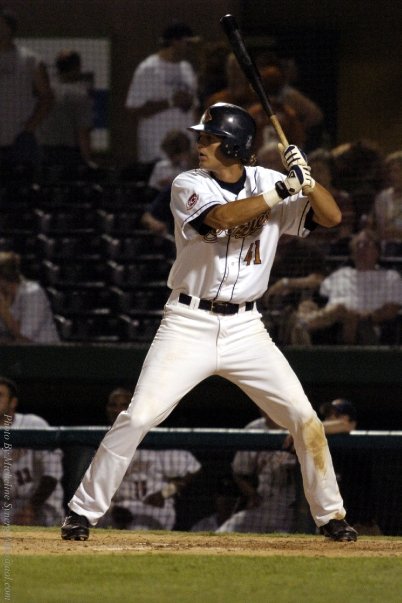 The last day of the series was rained out. We only played two innings and were tied at 2, so I don’t know what w are going to do to make it up.

I’m on the bus right now and it's about 3am. We are due back in Chillicothe around 6am so ill prolly be able sleep from 7am-1 or 2pm until we have to be back at the field at 4pm for a 7pm game. These are the worst days because everyone is tired and our sleeping habits are off. We play three games at home and then have 4 days off for the All-Star break.

Unfortunately, I did not make the allstar team. I was told I had just missed being picked. It would have been awesome to have made the team. Instead, I will be traveling home for the four days to see my mom, dad, and two brothers. I miss home a lot and it will be a good four days to relax at home with some good food and quality family time.

I’m at the Columbus Airport right now. It's 9:30 am and I am waiting for my flight to board. A lot of guys got to leave and go visit family and friends. Two players that came to the airport with me were catcher Kevin Butler and pitcher Taylor Cameron. Every time I fly, I cannot get over the pain I get in my ears when the plane descends.

Right now, I am in Laugardia Airport in New York City waiting for my 12:40 flight, but it has been delayed until 2:15.

My next blog will talk about the start to the second half and how we plan on turning around season.